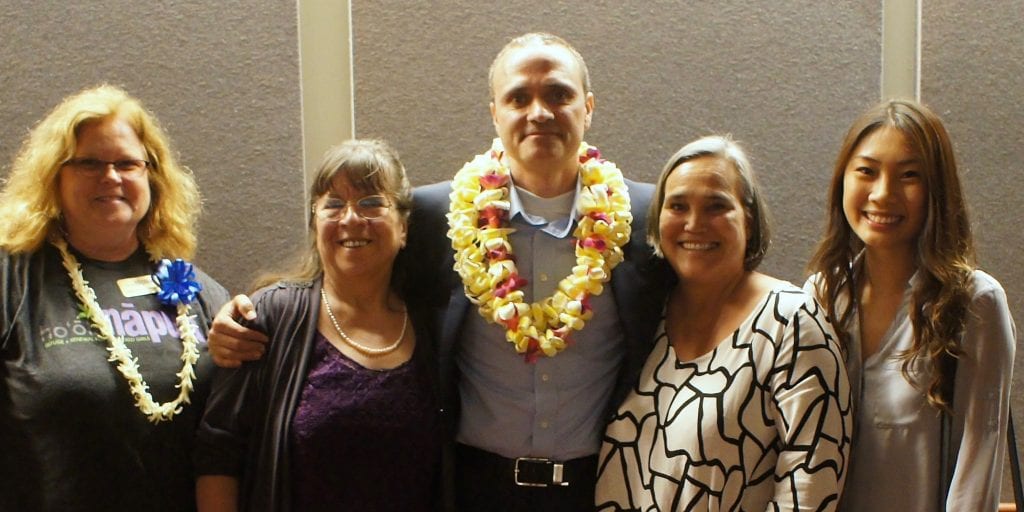 On May 9, Producer Chet Thomas brought The Abolitionists to the Hawaii State Capitol for a special showing. The event was geared toward Hawaii’s legislators, but other members and organizations from the community were also welcome to join for the special showing. Ho’ola Na Pua was among those present.

The Abolitionists tells the true story about a special rescue team’s mission to investigate and liberate enslaved children from around the world. The documentary film follows former Special Agent Tim Ballard as he embarks on a risky journey to expose child trafficking organizations in Latin America. The film purposefully brings awareness and education to the social justice issue of human trafficking.

Following the film, Mr. Thomas invited the audience to ask questions and share comments. One individual asked, “Have you done any sting operations in the United States?” Mr. Thomas replied, “Yes, we actually just completed one in Sacramento. A softball coach for a team of twelve year olds was just arrested.” Another person asked, “How many have you rescued so far?” Mr. Thomas replied, “We’ve rescued over 400 victims and arrested over 200 sex traffickers. When we do operations like these, we have to go undercover just like everyone else.” Among the reactions of those in the audience, some commented that the events featured in the film were horrible, disturbing, and saddening.

In today’s day and age, film and media can be used as powerful tools of positive change. The Abolitionists is honest, compelling, and able to influence that type of change in the human trafficking industry. Mr. Thomas plans on producing a TV series with the newer operations.