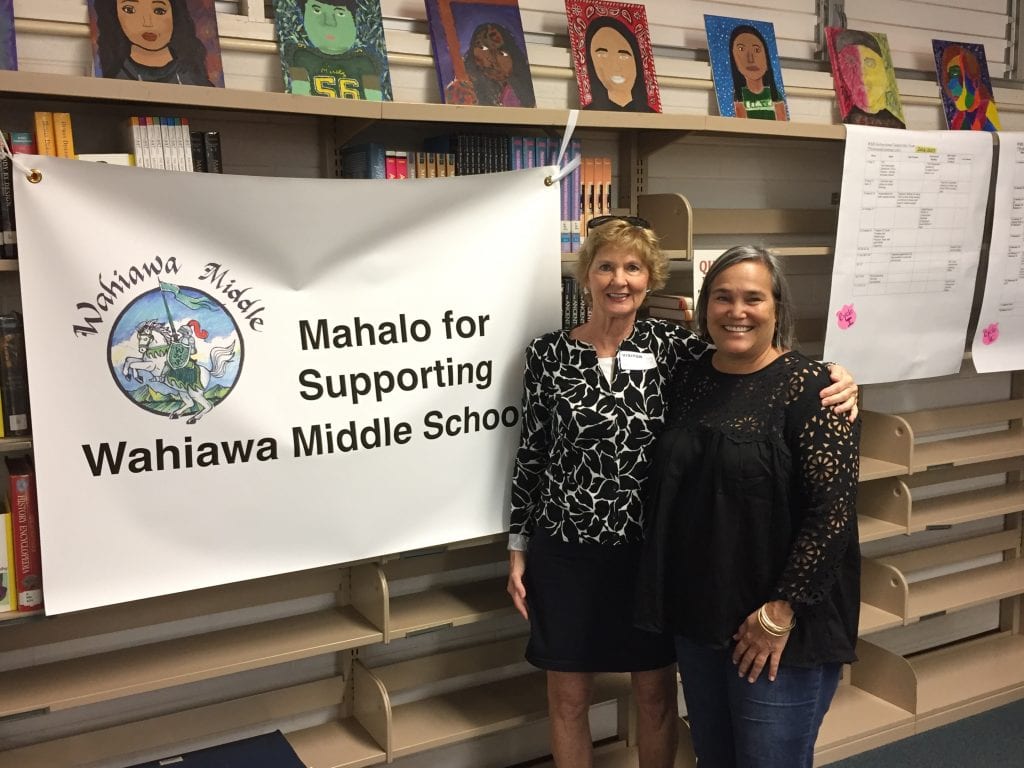 Anne Forshey’s journey with Ho‘ola Na Pua began with the simple act of opening the Midweek. After reading last year’s feature on Ho‘ola Na Pua, she immediately got on board with the organization, attending a volunteer orientation and supporting the annual Pearl Gala.

Floored by the prevalence and scope of child sex trafficking, Anne knew she wanted to become involved in outreach and education. With a brief background in secondary education and experience with long-term substitute teaching in HI, as well as an extensive background in project management with the Department of Defense, Anne now brings an array of talents to her new role of education coordinator for Ho‘ola Na Pua.

With the start of 2017, the opportunity arose to kick start the development of a new curriculum geared towards middle/high school students and youth groups. Along with several other individuals, Anne is currently spearheading the creation of a curriculum that formalizes the efforts of Kaleo Schneider and builds Ho‘ola Na Pua’s education capacity. Part of the program involves extensive training for new education advocates, who will expand the outreach work that Ho‘ola Na Pua has already invested in schools on Oahu. Anne describes her work as a 360° plan for getting into classrooms, partnering with the Department of Education, ensuring that donors are informed, and regularly evaluating the educational program’s efficacy.

Rather than a one-time effort, this massive project is one that requires constant updating to stay current with relevant risks and trends that teens face today, ensuring that educational efforts remain effective. Despite the size of this project, Anne views her volunteer work as a way of investing in her community. As a retiree, she finds satisfaction in being able to give back in ways that she previously had not been able to do.

Addressing new volunteers, Anne recommends being persistent, since nonprofits often have limited resources to explore an individual’s talents and strengths before placing them in role. Consequently, Anne says, “Be persistent and make your skills and contributions well known.” As demonstrated by Anne’s own commitment to Ho‘ola Na Pua, such persistence multiplies the organization’s efforts, creating new resources that promote the health Hawai‘i’s youth.