For Dennis Furukawa, work is more than just a paycheck. When choosing where to invest his professional skills, he opts for projects that are beneficial and serve the greater good, a goal that found a match in a partnership with Ho‘ola Na Pua. 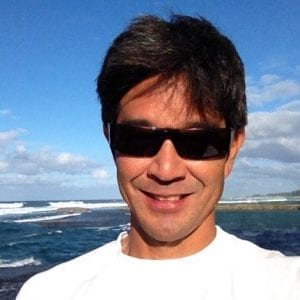 Like Board Chairperson, Jody Allione, Dennis is deeply invested in the renewable energy business. In 2014, this shared professional connection sparked his interest in Jody’s work with Ho‘ola Na Pua. As an architect, Dennis has worked on structures such as women’s health clinics, homeless shelters, and charter schools. Similar to these projects, Ho‘ola Na Pua’s facility, Pearl Haven, will address a specific, underserved need—in this case, renewal and restoration of individuals who have experienced the abuse of sex trafficking.

Initially, Dennis was heavily involved in putting together the earliest concepts that could be used to begin fundraising efforts. These original plans were the basis of establishing the program and determined things such as how many clients could be served.

Describing his experience at the site, Dennis noted that the amount of work that he and other volunteers put into accurately measuring the site was only the beginning; people from various areas of expertise came together to create plans for the site that met compliance standards and that will fit the needs of the clientele which Pearl Haven will service.

Reflecting upon his work with Ho’ola Na Pua, Dennis remarked that the hardest part of his experience was not being able to put in as much work as was necessary for the project. At the same time, he expressed satisfaction in being able to pass off his work to the many women who are currently involved in creating this facility for young girls.

In the end, Dennis says, “I like helping with something that is focused on serving a need. I’m just happy that there have been so many helping hands.” For those willing to be one of those sets of helping hands, he emphasizes that there are ways for everyone to get involved with Ho’ola Na Pua and the larger issue of sex trafficking. Within each skill set, as he discovered, there are always avenues to benefit the greater good of our community.