Ho‘ola Na Pua’s mission spans four core pillars of Health, Education, Advocacy, and Reintegration, all of which address a different facet of sex trafficking in Hawaii. As the 2016 Mrs. Hawaii United States, Kelly Kitashima has played a key role in Ho‘ola Na Pua’s goal of advocacy, using her platform to bring awareness to this issue. 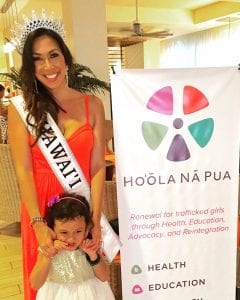 Currently, Kelly is the Director of Sales and Marketing for Hyatt Place Waikiki. While at a luncheon hosted by the Women in Lodging and Tourism Committee, she heard Jessica Munoz speak, introducing the topic of sex trafficking and the impact that the hotel industry has on trafficked victims. On personal and professional levels, the information struck a chord with Kelly, and she has spent the last nine months contributing to Ho‘ola Na Pua’s efforts.

Simultaneously, she decided to run for Mrs. Hawaii United States and won the state title, an opportunity which has expanded her influence. Combined with her leadership in the hotel industry, Kelly has used her growing network in various capacities to aid Ho‘ola Na Pua, including soliciting donations for the Pearl Gala in October, spreading awareness through social media, and participating in public events, such as a bill signing with the governor and the Kailua Independence Day parade. In addition, Kelly has hosted her own fundraiser supporting Ho‘ola Na Pua and is has joined the Starfish Fundraising Campaign.

When describing her passion for ending the sex trafficking crisis, Kelly recalls a radio broadcast related to the 2016 International Sex Trafficking Summit in Honolulu, saying, “What I heard on the radio that day was that with something like a drug, you use it and its pau, but with a human—you can use a human over and over again. It struck a chord with me. This cannot happen. We are human beings with hearts and souls, and this should not happen to young girls.”

For those who share her fire for ending sex trafficking, the next steps are simple.

“Basically, get involved,” She says.

Kelly points out that people often try to steer clear of such a sensitive topic. Nevertheless, as a woman and as a mother, she considers it her responsibility to protect and advocate for future generations of girls in Hawaii—a conviction that she hopes others will share.

Through her position of influence and her heart for her community, Kelly has played a key role in Ho‘ola Na Pua’s advocacy efforts over the past year. Like all of Ho‘ola Na Pua’s volunteers, she continues to use her unique gifts and talents to make hope a reality on these islands. 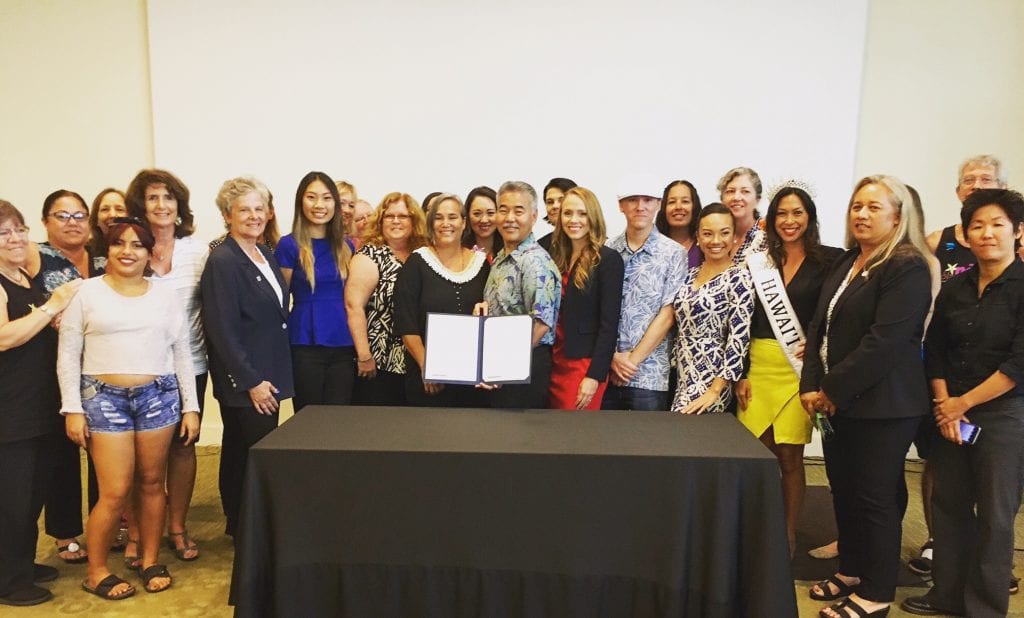