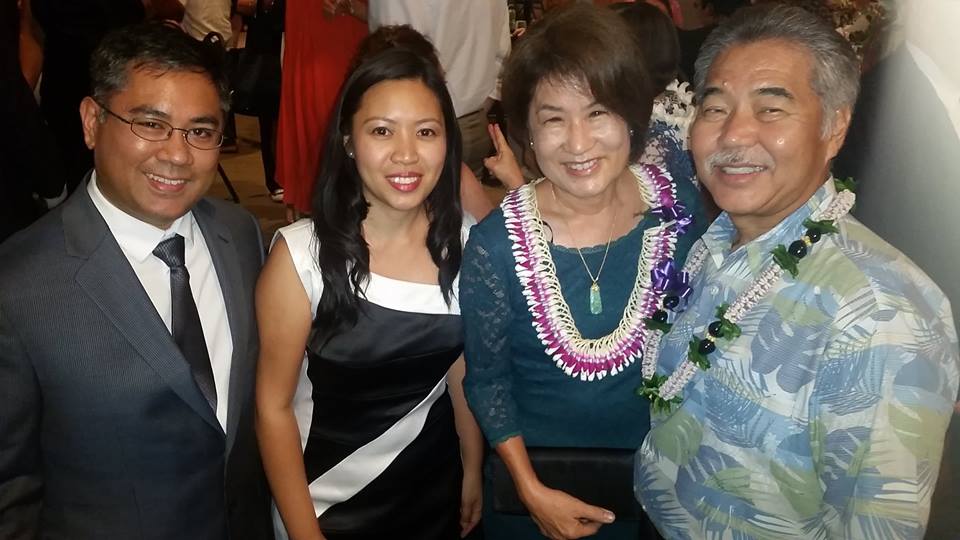 As a graduate student in the field of social work, Marianne Fontillas had researched the topic of sex trafficking in depth. When she joined Ho‘ola Na Pua’s advocacy efforts, she turned knowledge into action, putting her talents towards one of the organization’s biggest events of the year.

During the preparation phase for the 2016 Pearl Gala, Marianne coordinated with different establishments by soliciting and obtaining donations for the event. Looking back over the experience, she said that her most impactful memory was attending the Pearl Gala and realizing that all the emails and phone calls she made over several months had finally paid off. Through seemingly simple actions, she said, “You contribute to the huge amount of money that goes to the residential facility—that’s inspiring.”

In addition to the Pearl Gala, Marianne  also coordinated with the offices of the governor, mayor, and attorney general, encouraging them to participate in awareness events. It was these connections, to both individuals and organizations, that she enjoyed the most. She said, “If I tell one person what the organization was about, and that person feels the need to share it with another, there will be more awareness, and I hope that more awareness will lead to more action.”

At the same time, Marianne is aware of the heavy burden that such awareness can bring. Even the knowledge that children are being trafficked is sometimes hard to come to terms with, and she cites this harsh reality as one of the hardest parts of her volunteer experience. In light of this, she hopes that new volunteers will channel their emotions to continue Ho‘ola Na Pua’s work, rather than letting the topic overwhelm them.

Because sex trafficking is often a hidden problem and a topic that many shy away from, Marianne is committed to increasing public awareness through her work with Ho‘ola Na Pua. Through concentrated advocacy efforts such as hers, Ho‘ola Na Pua continues to gain the necessary support to promote health and reintegration for young women affected by sex trafficking.