Categorizing, classifying, and coordinating are a regular part of life for Professional Organizer Ellyn Sollars.

Besides helping clients bring order back into their life, however, Ellyn’s knack for organization has found her a niche within Hoʻōla Nā Pua’s core team. As the volunteer coordinator, she uses her talents to ensure that individuals also find their calling within the organization.

Initially, Ellyn’s involvement with Hoʻōla Nā Pua grew out of a friendship with director Jessica Munoz and her husband, Jeremy, who both attended her church on the North Shore. Their ministry to the youth in the church deeply impacted Ellyn’s own family, and as she reached a transitional period of her life, she decided to devote her time to the Munoz’s organization. Immediately, Jessica saw a place for Ellyn’s gifts, and for the past two years, they and the rest of the team have grown side by side in their efforts to combat sex trafficking in Hawai‘i. 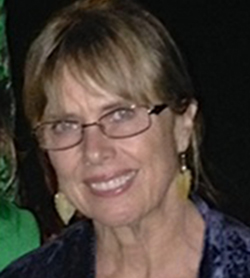 ne of the most memorable experiences of this journey was when Hoʻōla Nā Pua’s leadership team attended an anti-sex trafficking conference in Sacramento over a year ago. Through this educational opportunity, they found themselves not only better equipped, but also unified in their efforts to execute their mission. Regarding her experience of Hoʻōla Nā Pua’s trajectory, Ellyn says, “It’s been pretty amazing.  It’s been a lot of work, but we’re excited to see it moving forward.”

Currently, Ellyn’s responsibilities as volunteer coordinator involve screening volunteers and connecting them to task forces where they will be most effective. Normally, she fields about 5–15 applications a week, both through Hoʻōla Nā Pua’s website and other volunteer sites. Nevertheless, many of the task forces are still in need of volunteers, particularly people who are willing to take on leadership roles. In addition, Ellyn stresses the effectiveness of volunteers who are willing to initiate fundraisers on both the small and large scale, since short-term, grass-roots efforts such as these are also vital to the organization’s success. Since Hoʻōla Nā Pua’s operations are completely volunteer-run, each commitment is immensely valuable.

For those interested in volunteering, Ellyn recommends getting familiar with the broader issue of sex trafficking, as well with Hoʻōla Nā Pua’s work in Hawai‘i. Additionally, she finds it extremely helpful when individuals are specific about their gifts and level of time commitment. This makes it easier for her to place people in areas where they will thrive.

Personally, Ellyn says that her volunteer experience has enabled her to find a purposeful place within the organization. She notes, “I’m 64, and I don’t want to stop living and being productive, so fitting in to this at this point is a gift for me.” Her insight is particularly important in light of the fact that Hoʻōla Nā Pua strives not only to aid the vulnerable, but also to offer volunteers a satisfying and fulfilling experience. Just as the girls that Hoʻōla Nā Pua services are infinitely valuable, so are each volunteer’s contributions to the organization’s mission of hope and healing.